You are here: Home / Uncategorized / Education changes to take place in Lincoln County

Nevada governor Brian Sandoval is excited about the changes he recently signed into law, touting them as ?groundbreaking? in a released statement.

One change calls for our district’s board of trustees (along with the rest of the state) to establish a program of merit pay, providing enhanced compensation for high-performing teachers. The program is to be implemented by 2014-2015 school year. Criteria for high-performance must focus on the academic achievement of students but may include other options and incentives, and particulars are left up to the districts.

Changing the way teachers are compensated comes with a major negotiating mountain to scale. The local teachers union is the recognized negotiating power for the district’s teachers and will have to be on board with any change in pay structure.

?It’s a huge negotiating effort on both sides,? said Steve Hansen, assistant superintendent for Lincoln County School District and principal at Pioche Elementary. Hansen added the state may need to give more concrete direction on what a performance pay structure should look, as pay scales currently differ from district to district.

In connection with defining high performance, Nevada’s school districts will also be asked to create more in-depth evaluations of teachers.

Gaining momentum in recent years is the idea that students’ test scores should be tied directly to teacher effectiveness. But while grading a teacher on student performance may sound compelling, there are many other factors that go into why a student does or does not do well in school, according to Hansen. These factors include the student’s attitude toward education as well as parental support and overall family situation.

?I absolutely disagree with teachers being evaluated on student performance only,? Hansen said. 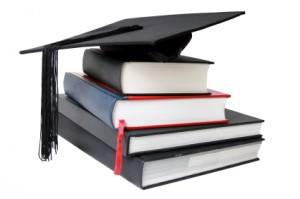 To accurately evaluate teachers, Lincoln County School District will implement a multifaceted model. It will not only focus on state derived benchmarks and test scores but will look at students from a growth perspective, determining the amount of progress they show during a school year. For example, a fifth grader who starts the year reading at a first grade level and ends the year at a fourth grade level may not have met state standards but did demonstrate major growth.

Hansen Stated teacher evaluations should include all facets of what it means to be a high-performing. This goes beyond written tests and includes how a teacher plans and delivers instruction and assesses students. Additionally, evaluations will look at classroom climate and how the teacher treats and communicates with students. This will require frequent classroom observations by administrators, which will be a significant change as most teachers currently receive just one evaluation each year.

?[Evaluation] will be a process, not just an event,? Hansen said, emphasizing that evaluations will not be designed to punish teachers but rather identify ways they can improve and reach their highest level.

The new laws also change tenure. In the past, a new teacher or administrator’s first two years were ?probationary,? providing a period to ensure the employee was right for the job. The employee could get the second year waived, if the superintendent signed off on it. Once the teacher made it through the first year or two with high marks, he or she was given ?postprobationary? status. This meant solid job security for the employee. However, dismissing a tenured teacher or administrator for poor performance became a long and arduous process.

Under new rules, the probationary period has been increased to three years with no opportunity to waive any of the years. Additionally, a tenured teacher who receives poor evaluations for two consecutive years will have to serve another probationary period.

?I happen to agree with the three-year deal,? Hansen said, citing Utah as an example of successful implementation of the approach.

Probationary and tenured employees are still given ample protections and opportunities to obtain strong evaluations and move their careers in the right direction. These protections include the right to receive ?reasonable assistance in correcting deficiencies?. But the laws do put additional weight on performing well and obtaining strong evaluations for both probationary and tenured employees.

Aside from performance, reasons a teacher or administrator may be immediately let go now include ?gross misconduct?, defined as ?any act or omission that is in wanton, willful, reckless or deliberate disregard of the interests of a school or school district or a pupil thereof.?

Of course, the biggest reason employees have been fired in our state has been the budget shortfall. Seniority has reigned supreme. Those who have been on the longest get to stay, while those who just arrived get the boot. This has generated an outcry from those who see many experienced teachers collecting the biggest paychecks while doing the least amount of work. Meanwhile new, energetic teachers who live at the cheapest corner of the pay scale are sent packing.

But now if the school district needs to reduce staff of licensed teachers or administrators for budget reasons, it does not need to base its decision solely on seniority. It may also consider factors like how hard the position is to fill, the employee’s performance, and disciplinary record, among other things.

While Hansen agrees with the new law, he doesn’t see it having much of an immediate impact on our district. ?We’re so bare minimum now,? he said, adding that the district has just enough teachers to teach the core, state-mandated subjects. ?If we’re going to [lay somebody off], we’re going to have to hire someone else,? he said.