You are here: Home / Opinion / Doling Out Tax Favors to Private Companies Does Nothing to Improve State’s Economy 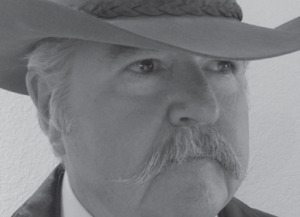 Largely overlooked at first during all the congratulatory back slapping ? which came with the news that Tesla Motors had built an earthen pad in an industrial park east of Sparks for its new $5 billion lithium-ion battery ?gigafactory? that would employ as many as 6,500 workers ? was a statement by Tesla CEO Elon Musk about what he expects the state getting the plant to shell out.

Musk insisted that the company is still evaluating sites in Arizona, California, New Mexico and Texas, as well as Nevada.

In a telephone conference call on July 31 about company plans, Musk, 43, said of the $5 billion plant: ?Of that number, we see Tesla probably providing 40 to 50 percent of the total; Panasonic probably about 30 to 40 percent; the state maybe 10 percent; and other industrial partners maybe 10 to 15 percent, depending on how vertical we go with the factory.?

Tesla is familiar with the government trough. It already has received a federal loan guarantee for $465 million, though it has lost or written off more than $1 billion. Musk?s SpaceX gets $1 billion in NASA funding.

But the name Elon Musk is known to make Nevada politicians swoon. Perhaps you recall how the Governor?s Office of Economic Development (GOED) this past year doled out $1.2 million of yur money to another Musk-headed business. That tax money from a $10 million Catalyst Fund went to attract SolarCity to open an office in Las Vegas and create 100 jobs. SolarCity erects solar panels on rooftops, something nearly a dozen or so taxpaying Nevada companies already do.

GOED board member Secretary of State Ross Miller fawned, ?You had me at Elon Musk,? while voting to award the handout, despite the fact Article 8, Section 9 of the Nevada Constitution states: ?The State shall not donate or loan money, or its credit, subscribe to or be, interested in the Stock of any company, association, or corporation, except corporations formed for educational or charitable purposes.?

The suit was filed by the Center for Justice and Constitutional Litigation on behalf of Michael Little, an alternative-energy entrepreneur, a taxpayer and a competitor of SolarCity.

?Nevada?s constitution clearly states that state government has no business picking winners and losers in the economy by subsidizing the favored,? said Joseph Becker, chief legal officer and director of the CJCL, at the time. ?Subsidies from state government to private businesses are unconstitutional?and directly harm both taxpayers and competing businesses.?

As a part of its ongoing litigation in that case involving a Musk handout, CJCL retained an expert witness, Dr. Randall G. Holcombe, DeVoe Moore Professor of Economics at Florida State University.

If that could be said of a $1 million subsidy, isn?t it 500 times more applicable to a $500 million handout?

Or perhaps the state could offer a tax abatement as it did with the Apple facility in Reno. Never mind that the state constitution also calls for a ?uniform and equal rate of assessment and taxation,? well, except for mining.

Additionally, NPRI points out the state has thrice attempted to amend the constitution so it could legally subsidize companies, but failed every time.

Thomas Mitchell is a longtime Nevada newspaper columnist. You may email him at thomasmnv@yahoo.com. He also blosg at http://4thst8.wordpress.com/