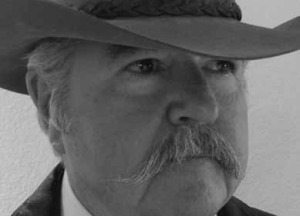 The deal the governor and the state Legislature cut with Tesla Motors to lure its proposed $5 billion lithium-ion battery plant to Nevada trammels the fundamental principles on which this nation was founded and is economically na?ve.

The deal would allow the battery manufacturing facility to operate tax-free for a decade if it invests $3.5 billion here, eventually amounting to tax exemptions and credits totaling $1.3 billion. The state also agreed to spend $100 million to build a highway linking the site to U.S. Highway 50 in Lyon County.

Nevada was in a bidding war with Texas, California, New Mexico and Arizona for the plant, though Tesla had already built the earthen pad for a plant in the Tahoe Reno Industrial Center.

The governor claims the deal will bring in some $100 billion to Nevada?s economy and employ 6,500 directly in the factory, and result in thousands of indirect jobs.

Is that so or has Nevada been hoaxed?

In a Washington Post article in July, Nathan Jensen, a political science professor at George Washington University, said of such bidding wars for companies: ?It?s a zero-sum game.”

If Tesla is successful and hires 6,500 workers to build electric car batteries, might a gasoline refiner lay off 6,500?

Simply shifting companies from one state to the next does nothing to create new jobs, Jensen said, but still states and municipalities across the country are encouraging companies to relocate, at a cost of about $70 billion a year in taxes taken from one pocket and placed in another.

Jensen has compared job creation by companies in Kansas that were attracted to open there with huge tax incentives to similar firms that got no handouts. He found that six years after incentives were awarded, ?the firms who received incentives actually generated slightly fewer jobs than those that didn?t receive incentives.?

In December 2012, The New York Times published a lengthy article about all the tax incentives given to companies and reached the same conclusion: That incentives generally amount to a zero sum game.

General Motors had gotten lucrative tax breaks from states and communities for years. But the company closed 50 facilities and walked away, only to be bailed out by federal tax dollars.

Richard Florida, director of the Martin Prosperity Institute at the University of Toronto and Global Research Professor at NYU, recently wrote of the Tesla incentive package, ?But no matter how you slice it, the deal makes utterly no sense. It is just one more example of a government giveaway for a factory that would have been built anyway. As I?ve argued before, there is virtually no association between economic development incentives and any measure of economic performance.?And it?s not just me. I spoke with several experts in economic development incentives and advanced manufacturing and the consensus was the same: this deal was overblown and unnecessary.?

He argues that companies are just gaming government officials. He calculated that when a realistic number of actual Tesla jobs to be created is used that the tax incentives would amount to $385,000 per job.

The proponents argue that it is OK to let Tesla come to Nevada tax-free because it would not have gotten any taxes anyway if it built elsewhere and its workers will pay taxes. If workers pay a sufficient amount of taxes to cover the services provided by the state, why levy a tax on any business?

The Nevada Constitution takes a very principled stance on taxation, dictating, ?The Legislature shall provide by law for a uniform and equal rate of assessment and taxation …”

But then in 1982 on the heels of the fuel crisis of the 1970s the Constitution was amended to add a loophole big enough to drive a $100,000 Tesla sports car through: ?The Legislature may exempt by law property used for municipal, educational, literary, scientific or other charitable purposes, or to encourage the conservation of energy or the substitution of other sources for fossil sources of energy.? Electric car batteries might fit the bill.

But the Constitution also says, ?In enacting an exemption from any ad valorem tax on property or excise tax on the sale, storage, use or consumption of tangible personal property sold at retail, the Legislature shall: Ensure that the requirements for claiming the exemption are as similar as practicable for similar classes of taxpayers …?
A lot of companies would like a similar deal, but can?t reach the $3.5 billion threshold.

Then there is that 14th Amendment to the U.S. Constitution that says neither the United States nor any state may ?deny to any person within its jurisdiction the equal protection of the laws.?

If one entity must pay taxes and another does not, that is hardly ?equal protection.?