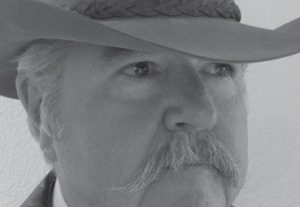 What? You have no idea what the 17th Amendment is? Well, it is the one that effectively ended federalism by taking the power to appoint U.S. senators from state legislatures and having the citizens directly elect them, as they had always done with the House of Representatives.

We may not get better senators, but it is likely they would not try dictating to the states what they should do ? as they did when they set the national speed limit at 55 mph and the drinking age at 21, under threat of losing highway funding. No Child Left Behind dictates education standards under threat of losing funding. The Motor Voter Law told states how to register voters.

ObamaCare threatened federal funding if states did not expand Medicaid and set up exchanges, until the Supreme Court decided that was too onerous.

James Madison said during debate over the Bill of Rights, ?The state legislatures will jealously and closely watch the operations of Government, and be able to resist with more effect every assumption of power, than any other power on earth can do; and the greatest opponents to a Federal government admit the State Legislatures to be sure guardians of people?s liberty.?

There was a grand design to balance power, but that was broken in 1913 with the passage of the 17th Amendment.

George Mason warned when the Constitution was being drafted in Philadelphia that the Senate had to represent the states lest the federal government ?swallow up the state legislatures.”

The delegates backed him unanimously.

Justice Antonin Scalia in 2010 at Texas Tech University Law School was asked what he would change about the Constitution.

?There?s very little that I would change,? he said. ?I would change it back to what they wrote, in some respects. The 17th Amendment has changed things enormously.?

Scalia added, ?We changed that in a burst of progressivism in 1913, and you can trace the decline of so-called states? rights throughout the rest of the 20th century. So, don?t mess with the Constitution.?

That?s how we got FDR?s New Deal.

Then there is the argument put forward by Nevada?s own Jay Bybee, former William Boyd Law School constitutional law professor at UNLV and now judge on the 9th U.S. Circuit Court of Appeals on the recommendation of Nevada?s senior senator, Harry Reid.

In 1997 Bybee penned an article for the Northwestern University Law Review titled ?Ulysses at the Mast: Democracy, Federalism, and the Siren?s Song.? In Greek mythology, beautiful sirens lured sailors with their music and voices to shipwreck on the rocky coast of their island.

Bybee wrote of the passage of the 17th Amendment with a rhetorical flourish:

?Mason wished to provide some mechanism for states to defend themselves against ?encroachment? by a national government that everyone recognized would have significantly more power than any American sovereign since July 3, 1776. A senate appointed by state legislatures would be a near-complete defense to national encroachment because the senate controlled one-half of Congress. ?

?The Senate?s slide to popular democracy unyoked states and the national government in a way that has left the states nearly powerless to defend their position as other legitimate representatives of the people. As the United States moved into the Twentieth Century, it was inevitable that Congress would aggressively exercise power over matters such as commerce and spending for the general welfare in ways that no constitutional prophet would have foreseen. The lack of foresight of the circumstances under which Congress would exercise its powers did not excuse our failure to maintain those constitutional structures that assure the tempered, essential use of such powers. When we loosed ourselves from the mast to answer the Sirens? call, we unleashed consequences only Circe could have foreseen.?

If the state Legislature of Nevada appointed the state?s two senators, do you think Reid would be calling them cowards for not voting to outlaw brothels in rural counties as he demanded in a speech at the Legislature in 2011?

The audacity of such power.