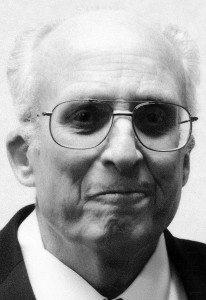 Robert Earl Little, age 66, passed away at his home in Glenwood, Utah on August 23, 2015. He was born Nov. 20, 1948 in Montgomery, Alabama, a son of Charles E. and Fannie Mae Hawkins Little. When he as little, his family moved to Mesquite, Nevada and then to Caliente, Nevada. He graduated from Lincoln County High school in 1966. He married his high school sweetheart, VeOla Barnum in 1967. They lived in Pioche, Nevada for the next few years. They welcomed their first two children while living there, Chad and VeEtta.

They moved around for jobs and opportunities, first to Baker, Nevada, then Moab, Utah. They settled in Elsinore, Utah in the 1970?s.

Robert and VeOla were sealed in the Manti LDS Temple for time and all eternity in 1981. Their family was complete when Loretta was born in 1984.

In 1987 they moved back to Pioche, Nevada. Robert worked at the Nevada test Site as an equipment operator.

Robert lived a life of integrity, love and service. He is remembered fondly by all who worked with him. He worked hard and never complained. Robert would always say ?There wasn?t anything more important than family and God.? He was an active and faithful member of the Church of Jesus Christ of Latter-day Saints. Every Sunday morning he would be found reading his scriptures and the lessons.

Robert was also active in the Masonic Lodge of Caliente, Nevada.

VeOla passed away from a stroke on February 2, 2015 in St. George, Utah. Robert then moved to Glenwood, Utah to live with his family there.

Robert will be greatly missed. He is survived by his three children: Chad and Debbie Little, VeEtta and Dick Cameron, Loretta and Monte Valencia; eight grandchildren and three great-grandchildren; brothers and sisters: Tom and Kerri Little; Morris and Molly Little; Mavis and Alethia.

He was preceded in death by his parents and his wife.

Robert was laid to rest next to his beloved wife in the Pioche City Cemetery in Pioche, Nevada on Saturday, August 29, 2015 under the care of the Springer Turner Funeral Home of Richfield and Salina, Utah.

On line guest book at: www.springerturner.com