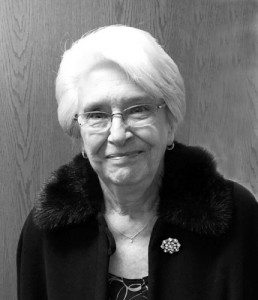 DeeAnn grew up in Idaho Falls, then shortly after being married she moved to Laird?s family ranch in Logandale. In 1960 they moved to Las Vegas where they owned and operated a concrete construction company where she kept the books and records. In 1990, they sold the business and moved to Panaca to run their ranch. She enjoyed skeet shooting, fishing, reading and was passionate about family history and genealogy.

Funeral services will be held Tuesday, Sept. 22, 2015 at 11 a.m. Tule Springs Stake Center, 6051 Dorrell Lane, Las Vegas, NV. Visitation will be one hour prior to services at the chapel.

Interment will follow in the Logandale Cemetery. Friends and family are invited to sign our online guest book at www.moapavalleymortuary.com