Lady Lynx open up 5-0 after tourney

The excitement, the nerves, the worry. All very present, but not even slightly crippling to the Lady Lynx last weekend.

?They did really good,? said head coach Ken Thornock his team?s performance at the Lake Mead Holiday Classic in Henderson.

Lincoln didn?t lose and came away with the tournament championship with a win over Pahranagat Valley. Senior Savannah Harr was named the tournament Most Valuable Player and freshman Keely Jackson Jackson made the All-Tournament Team.

They won their first game against Boulder City 35-19.

?The girls were a little nervous to run their first offensive set against the team, but we played really good,? Thornock said. Easton Tingey led the way with 13 points, Jackson scored nine and Harr seven for the Lady Lynx.

Their next game was a 43-4 drubbing of Lutheran from California. ?We were able to play all the girls, and they all got to play a time,? Thornock said. ?So it turned out pretty good that way.? Tingey and Hannah Hafen both scored 11, Jackson added eight and Kailey Kelly had eight points with two steals.

The Lady Lynx then took down Calvary Christian 57-24. ?We handled them pretty well,? said Thornock. ?I think Hannah Hafen scored the first eight points of that game.? Hafen finished 19 points. Harr had 13 points and three steals. Jackson pitched in with seven points. Other players also stepped up on the defensive end. Kelly had four steals to go along with her six points. Tingey had four points and three steals as well.

Lincoln?s fourth game was against a scrappy West Wendover team. ?They gave us a real run for our money in the first half,? Thornock said. The Lady Lynx were able to erase a seven point deficit towards the end half. ?We made a little run with Kristal Jackson, and I think she scored six or eight points in a row, and we ended up going into halftime with a one point lead,? Thornock said. The second half was all Lincoln, as they pulled away for a 51-35 win. Harr led the way with 23 points and eight steals. Jackson scored 14 points and had one steal.

The win set up a showdown with cross-county opponent Pahranagat Valley, and the Lady Lynx continued their solid play with 40-20 victory. Harr led with 12 points and six steals for the Lynx. Jackson scored 11 points with seven rebounds and three steals. Hafen had seven points, eight rebounds, two blocks and a steal.

?The girls played really good press defense against them,? Thornock said. ?They kept Alamo from getting much going.?

The coach added, ?I was impressed with the girls playing together and moving the ball well, recovering from mistakes and going down, making the turnovers on defense. We improved every game, we got better at what we were doing every game. So that?s a good way to start.? 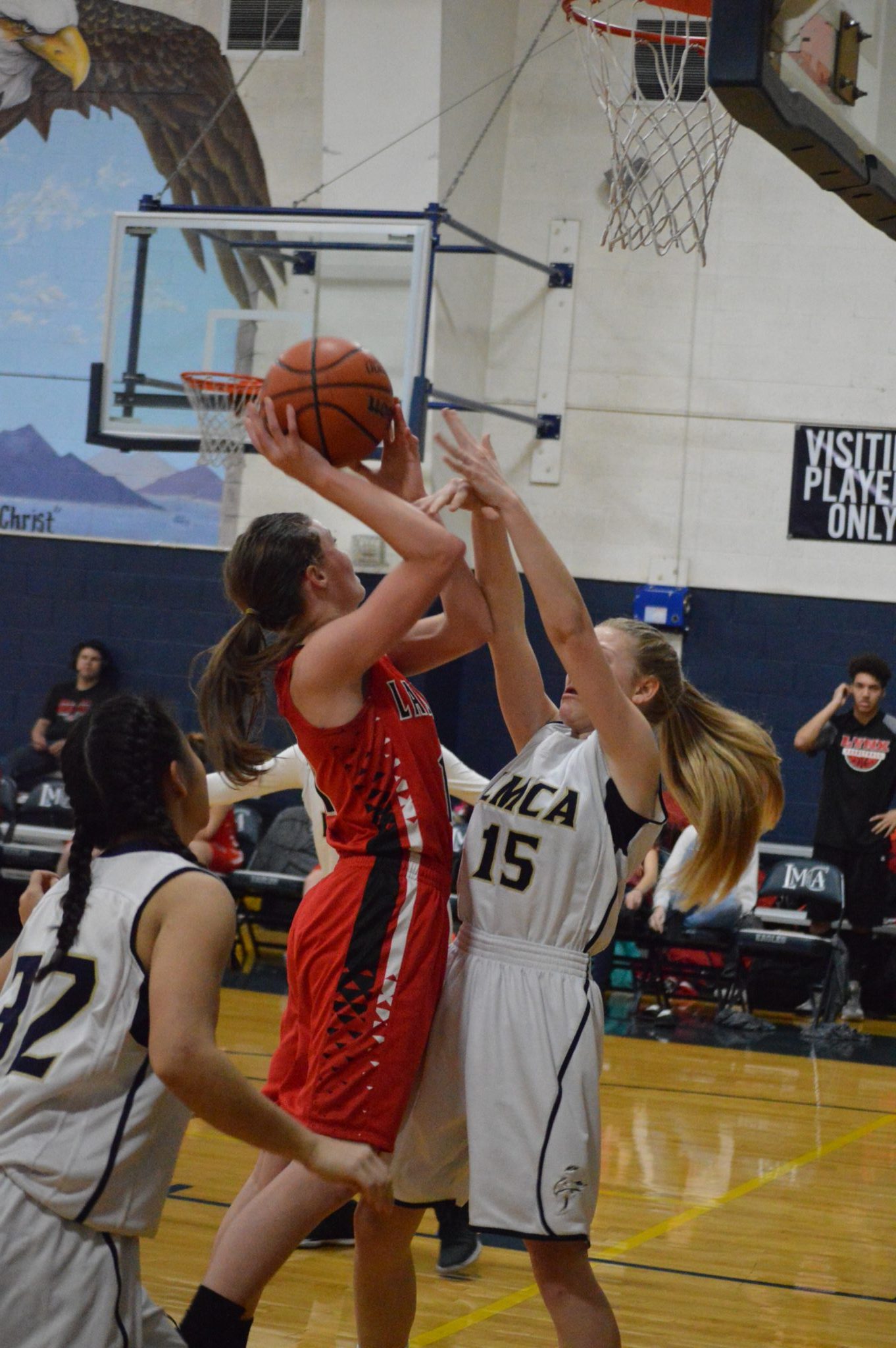