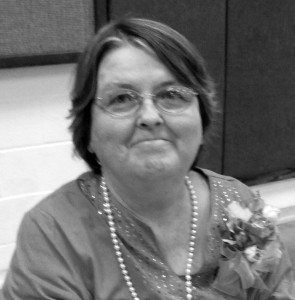 Christine Ficken was born on July 19, 1955, in Cedar City, Utah. She was the daughter of James Clyde and Beverly (Hinton) Simkins. Christine was raised in Panaca, Nevada, which she also made her lifelong home. She graduated from Lincoln County High School in 1973 and, also, graduated from Provo Technical School?s two year Dental Assistant program. On March 4, 1978, Christine was united in marriage to Don Eugene Ficken, son of Paul and Pearl (Bollenbacher) Ficken of Melbourne, Iowa, at the St. George, Utah, LDS Temple. She worked as a Dental Assistant in Lincoln County, Nevada, for several years prior to raising her five children. Christine, also, worked in the Lincoln County High School cafeteria for several years until 2004.

Christine was born and raised a member of The Church of Jesus Christ of Latter-Day Saints. She was actively involved with her church and community having held several Panaca Ward callings such as President of Primary, Young Women?s, and the Relief Society, as well as, being widely known and loved for her participation in craft fairs, selling baked goods, and helping in ward activities. Christine enjoyed spending time with her husband, children, and grandchildren along with listening to her husband sing in church and community programs, crocheting, and going on family camping trips.

Held in blessed memory before Christine are her father, James Clyde Simkins of Panaca, Nevada, in 2005, and her parents-in-law, Paul and Pearl Ficken of Melbourne, Iowa, and her brother-in-law, Robert Nanke of Marshalltown, Iowa.

Arrangements are under the direction of the Southern Nevada Mortuary. Online condolences can be made at www.snmortuary.com