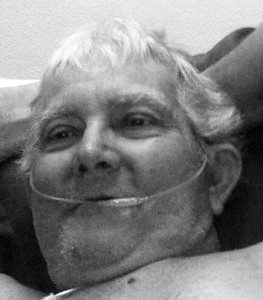 ?Sam? attended Lincoln County High School. He then joined the Army and served as a mechanic. He enjoyed softball and baseball. He loved the mountains. He made furniture out of wood. He played the guitar. He would go deer hunting and fishing. His favorite fishing holes were Sunnyside and Eagle Valley Reservoir. He collected arrowheads. He took his daughter shooting.

He was preceded in death by his parents.

A Celebration of Life will be held Saturday, Feb. 6, 2016 at 11 a.m. at the VFW Building (391 Dixon Street, Caliente, NV). Arrangements are being handled by Southern Nevada Mortuary. Online condolences can be made at www.snmortuary.com.