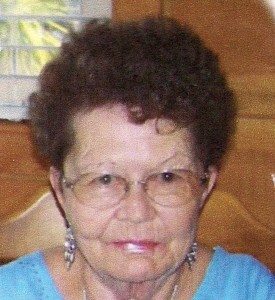 Nadine Packer Walch, of Alamo, NV, passed away on January 12, 2016 of COPD, with family at her side. She was born June 21, 1940 in Ely, NV to Willis and Edna Walch. ?She was raised on the family ranch at Pine Creek, where she attended school and played in the mountains with her dad, and helped with ranch chorus and her sister Shannon. ?Her service was held on January 18, 2016 at the LDS church in Alamo. The burial was held at Richardville Cemetery. She married Art Simmons and had two daughters Lori Ann, Lorena Marie and one son, Robert Earl. ?They later divorced.

She then married the love of her life, Frank Packer. They settled in Alamo where they raised the girls.

Nadine is preceded in death by her mother and father, Edna and Willis, her sister, Shannon, her husband, Frank, and her son Robert.

She is survived by her daughters Lori (Bob) Cereck and Lorena Glazzer and nephew Larry Perkins, four grandchildren, and four great-grandchildren and great-nieces and nephews.
We would like to thank all of the people that helped us during this time of grief.