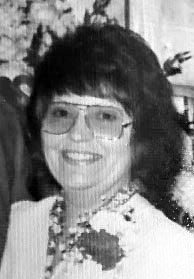 Vicki Lorraine Fraley, age 76, passed away at her home in Pioche, Nevada on May 20, 2017. She was born on April 11, 1941 in Las Vegas, Nevada to Stanley and Joan Abbott Pace. She married William Ray Fraley January 1, 1977 in Las Vegas, Nevada.
Vicki attended Rancho High School in Las Vegas. She became a dog groomer because she had a love for pets. She had a wonderful talent for painting; she made things out of gourds, and did all kinds different crafts. She loved gardening, cooking, and especially spending time with her family. Vicki was a member of the Church of Jesus Christ of Latter-day Saints.
She is survived by her husband Ray Fraley of Pioche, NV her daughters; Jolynn Hilliard of Las Vegas, NV and Debbie Morris of Las Vegas, NV, her son, Richard Burkett of Las Vegas, NV, her stepsons Raymond Fraley of Pioche, NV and Todd Fraley of Pioche, NV, her brother Ted Strickler and sister Erna Patton, along with 6 grandchildren and 7 great grandchildren.
In keeping with the wishes of Vicki, there will be no funeral services. Arrangements are being handled by Southern Nevada Mortuary. Condolences can be made online at www.snmortuary.com.