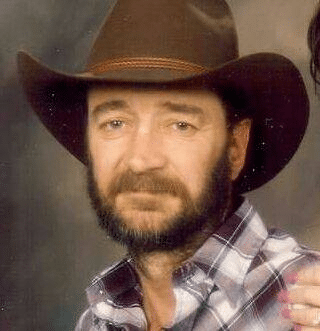 ?Hodder? Eugene Dallas Anderson, 69, passed away in Cedar City, Utah, on May 27, 2018. He was born December 20, 1948, in Panguitch, Utah, to John Dallas and Lila Reese Anderson, and graduated from Valley High, and attended Sevier Valley Tech. Eugene married Olga McAllister in July 1969 and they had two sons; Justin Dallas and Cole Quin.

Eugene labored on the Arizona Strip for Jinx from a very early age. He also worked for Sam Allen Ford, Art Jones Auto and Bradshaw Chevrolet, before he and his brother set up their own business, Anderson Service, in 1976. He loved his cars, engines, and firearms.

He was a member of the Church of Jesus Christ of Latter-day Saints and expressed his Christ-like love by ensuring that he called both his mother and mother-in-law every evening to check on them. Eugene also went to the coffee shop each week at 5:00pm with his friends. He had a short life but lived it to its fullest. Even as arthritis invaded his body, he never gave up and kept on going right up to his final breath. May he rest in peace ? he earned it!

He is preceded in death by twin infant brothers, his parents, John Dallas and Lila Anderson. His brothers Neil John and Vaughn Reese Anderson and sister Collene Spencer.

The family would like to thank the doctors and nurses who took excellent care of Eugene, especially Dr. Enrigue Aflaro, also his friends and customers through the years. He enjoyed your friendship a great deal.

A viewing will be held on Saturday, June 2, 2018 from 3 to 5 p.m. at Southern Utah Mortuary. Online condolences can be sent at www.sumortuary.com.