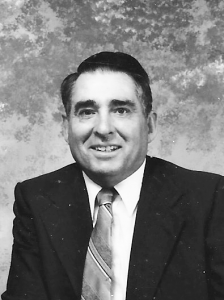 Keith Murry Whipple, 85, peacefully passed away June 12, 2018 at his home in Hiko, Nevada. He was the son of Murry John Whipple and Louise Ouida Jones. He was born in Reno, Nevada and lived most of his life on his ranch in Hiko. He attended school in Alamo, Nevada. After school, he married Gwendolyn Lamoreaux, who he lived with for 57 years. After Gwen?s death, he married his childhood friend, Gail Foremaster.

Keith?s life revolved around his family, his ranch and his church. His life?s main theme was to serve others. He served as an LDS bishop and County Commissioner, and he served on the soil conservation district for about 50 years.

He is survived by his wife, Gail, his three children, Murry (Ginger), Vicki (Doug) and Rick (Michelle), and 18 grandchildren, and almost 55 grandchildren.

He was preceded in death by his wife Gwen, his parents, a brother Kent Whipple, sister Kathryn Cannon, two children Leland Richard and Tonya Whipple, and one grandson, Vance Miller.