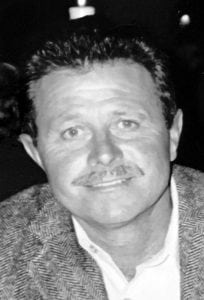 On September 12, 2018, Donald Baird Shortell passed away in a fatal motorcycle accident on Highway 375 outside of Hiko Nevada. He was born on November 17, 1950 in Ely Nevada. Donny grew up most of his childhood in California where he learned to surf. He then spent some time living in Maui Hawaii and moved to Salt Lake City where he met his wife, Rebecca Castleton. After having two boys, he and his wife left Salt Lake City and moved to Penoyer Farms in 1986 just outside of Rachel, Nevada where they had two girls. He spent the last 26 years as manager/owner of Penoyer Farms building up a legacy for his prosperity through hard work and determination. His glowing personality and ability to meet each day with a smile will be remembered always and forever missed. He left us exactly the way he would have wanted doing one of his most passionate things besides surfing.

He was preceded in death by his father Brayton Shortell , brother Stephen Shortell, and nephew Rodger Shortell.

A memorial service will be held for Donny Saturday Sept. 22 at 2 p.m. in Alamo at the LDS Church.

In memory of Assistant Chief Harry James Birkmier ( March 12, 1945 – August 22, 2017), the Panaca Fire Department is having a Memorial Service Training Room Dedication and Interment of Ashes.

Please join us on September 29, 2018 at 9 a.m. at the New Panaca Fire Department, 1470 Edwards Street, to posthumously honor Harry for his 24 years of dedication and service to the members and residents of the Panaca Fire District.