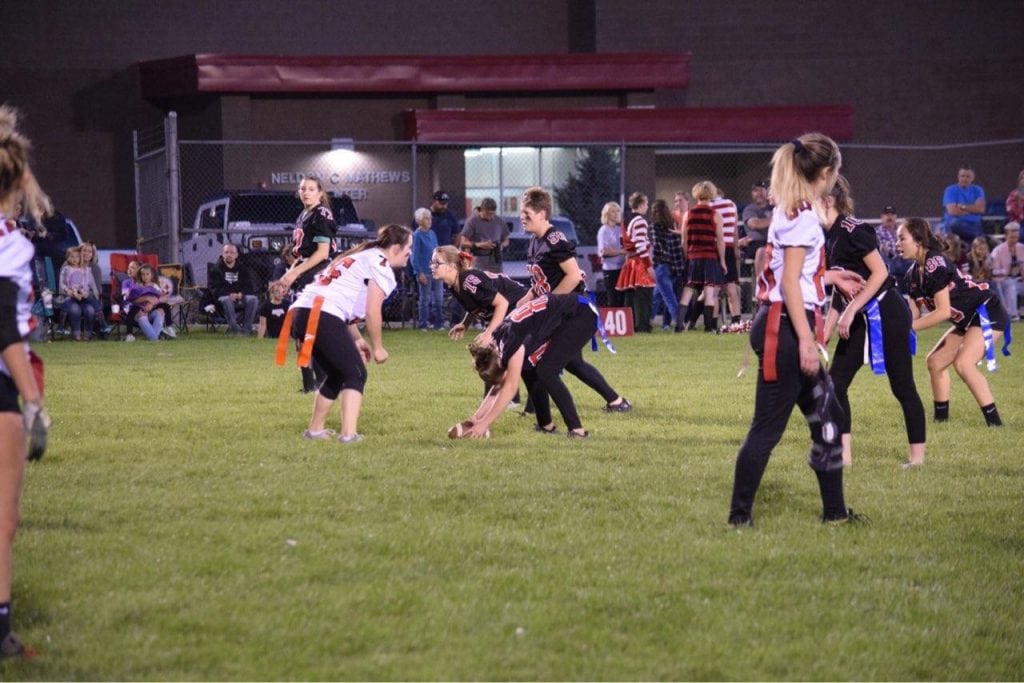 Each of the classes had two hours to complete a large poster that represented the homecoming theme, ?Don?t Miss the Magic of the Good Old Days.? Classes also had three doors to decorate that they would be judged on. The junior class won the Poster Bash with their depiction of homecoming this year.

Everyone showed up to school on Tuesday decked out in the decade their class had been assigned. Seniors dressed up as the ?50s. Juniors had the ?80s. Sophomores had the ?90s, and freshman took the ?60s.

Seniors and freshmen teamed up to play sophomores and juniors in the Powderpuff game. Both teams were evenly matched, and defense was strong. Neither team scored until, towards the end of the game, freshman Kadi Davis threw a pass to senior Kendra Mathews, running it into the end zone. Powder was behind until junior quarterback Ava Pearson passed the ball to sophomore Gwen Lamb for the touchdown. This sent the game into a triple overtime, trying to break the tie. 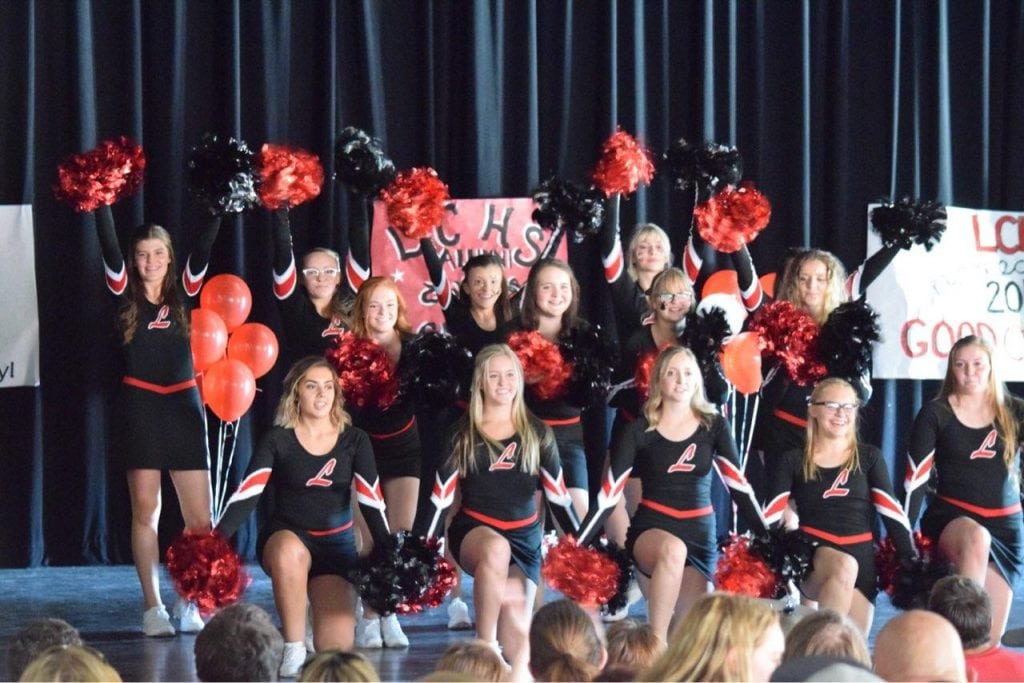 KyLee Cameron intercepted a pass, booking it to get what should?ve been a pick six. It counted in everyone?s eyes but the referees. Because her touchdown didn?t count, Powder had another chance to score. Pearson once again threw it to Lamb for the final six points.

Juniors and seniors also competed for the best halftime show. Thanks to Amy Gloeckner and Keely Jackson?s choreographing, the senior boys won the crowd over with a great dance, winning that part of the competition.

LCHS?s talent show was on Wednesday, Sept. 19. Each class performed a talent. Juniors took the lead on this, winning the show with their display of school spirit and events in the history of the high school.

Seniors took second with a hilarious re-enactment of a scene from ?High School Musical.?

The freshmen took third, and sophomores brought up the rear.

There were also individual talents performing. Christian Gonzales stunned the audience by parading as ?Mystery Man? and showing off some killer dance moves. He placed first. Isabel Hevia and Celine Moor performed with Hevia dancing and Moor playing the piano. The duo tied with Amy Gloeckner and Abby Loverme, singing for second place. 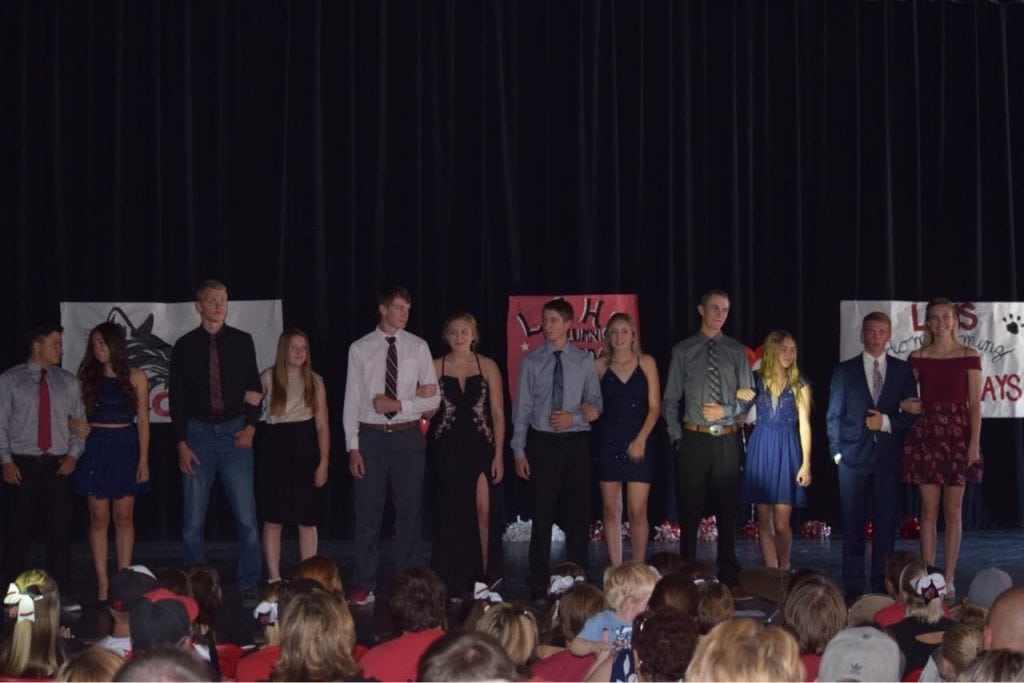 By Thursday, juniors and seniors were neck and neck in points from the activities. It would all come down to the food drive. That night, the whole community was invited to participate in the tailgate dinner and lighting of lanterns at the football field. Everyone then loaded up and headed to Caliente for the bonfire. It was a great pump-up for the games the next day.

LCHS staff cooked the students breakfast the next day and then sent everyone off to the food drive. Students went back to their hometowns to collect cans. Rick Phillips had all the cans sent down to his food bank in Caliente; however, before that, every class counted the cans they had specifically brought in. This determined the class that won Homecoming 2018, which was announced at the football game.

Varsity volleyball lost their first match and won the second. 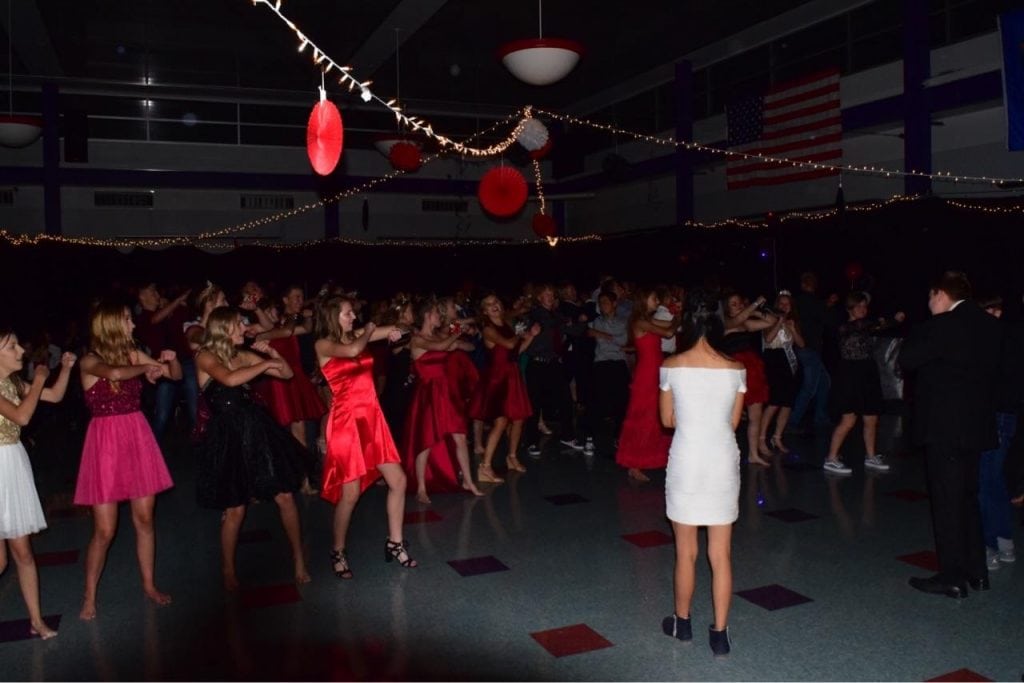