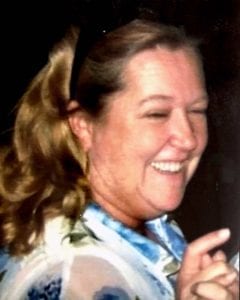 Sandra and her twin sister Debbie were born on March 20, 1961 to their parents Nelson and Gayle McLean in Scottsbluff, Nebraska. The family moved to Las Vegas, Nevada in 1964 where they lived until 1977 when they moved to Pioche, Nevada to be closer to her Grandparents Lewis and Mildred Kanirie in Eagle Valley, Nevada.

Sandra had two brothers, David McLean (Torrie) of Pioche, NV and was blessed to be the aunt to their children, Cecilia, Brian and Jesse. Sandra was also an aunt to her twin sister Debbie (deceased) two sons, Sean and Alex.

Sandra had many moves that took her to living in Ely, Winnemucca, Hawthorne, Fallon and Colorado and then returned to Lincoln County where she referred to it as ?Home.?

Sandra was preceded in death by her mother Gayle, brother Billy, and her twin sister Debbie. Sandra is survived by her father Nelson McLean, husband Tony Coggins, brother David McLean, sons Jonus and Michael Ware, daughter Brandy, grandchildren James, Vincent, Brandon, and Daryan, along with many nieces and nephews who loved her dearly.

A Celebration of Life was held on October 6, 2018 at the Shamrock Pub in Caliente, NV with her family and friends.

A special thanks to Lance Davis for the loving companionship he provided to Sandra and Tony during her journey and to all of those who have shown the family sincere love and support.