You are here: Home / News / Parade, Food and Fun at VFW Veterans Day Celebration in Caliente

On Saturday, Nov. 10, the Caliente VFW hosted the annual Freedom Festival that included a patriotic bike parade on Dixon Street. There were games and crafts led by Luanna Larsen. Hamburgers, hot dogs and chicken were on the barbecue, managed by Indiana Adams. Raffle tickets were also sold. 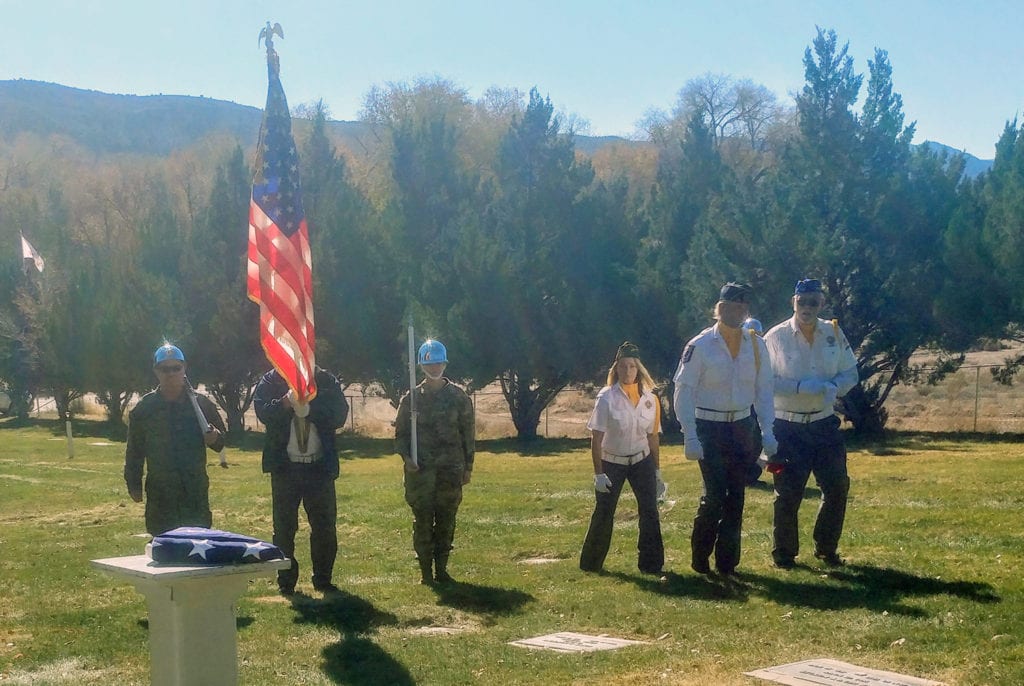 On Sunday, Nov. 11, Jack Horner, Service Officer for Post 7114 in Caliente, conducted the VFW?s annual ceremony. Every year they have a celebration at a certain grave site. This year, they honored Dana R. Conaway WWI, 90 Spruce Squad, and Lee J. Conaway, Aviation Cadet, USNR, who was killed on his last training flight in Texas.

Horner read the poem ?What is a Veteran.?

At the closing of the ceremony, the playing of taps echoed in the chilly wind.