You are here: Home / Archives for Mark Hutchison 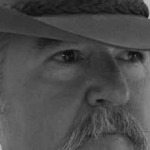 Oddly enough, the marquee race on the November ballot is the one for lieutenant governor, usually an afterthought. But, with Republican Gov. Brian … END_OF_DOCUMENT_TOKEN_TO_BE_REPLACED