LCR On May 22, U.S. Secretary of the Interior David L. Bernhardt announced the commitment of more than $106.8 million to support 47 public lands … END_OF_DOCUMENT_TOKEN_TO_BE_REPLACED 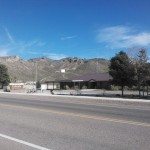 The lack of agreement for the funding bill for the fiscal year which started Tuesday, Oct. 1, between the Republican dominated House of … END_OF_DOCUMENT_TOKEN_TO_BE_REPLACED